The Faults Beyond Our Algorithms 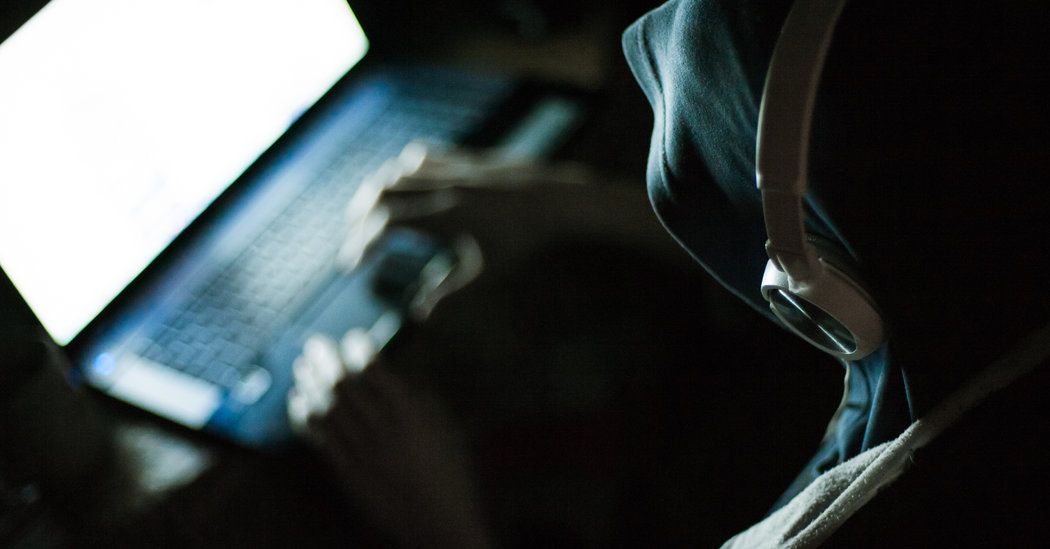 In the last month there have been two big profiles, one in this newspaper and one in Washingtonian, of young men who were radicalized into some version of the alt-right and then later abjured far-right politics.

The Washingtonian profile is a mother’s first-person account of watching her 13-year-old son join an extremist internet community and then find his way back out. The Times profile, by my colleague Kevin Roose, follows a 20-something college dropout who has turned to progressive politics after a sojourn as a “tradcon.” Both pieces locate their subjects in a larger sociology, but both are especially concerned with the role of YouTube in accelerating radicalization, and in particular with the way its algorithm, intended to reward videos that prompt intense engagement, is creating a pathway into extremist content by rewarding provocation and letting content purveyors essentially monetize the rabbit hole.

Since I might be described (even in the comment thread below this column, who knows?) as some sort of “tradcon” myself, I have some doubts about categorizations that purport to define the moment when respectable conservatism becomes dangerous extremism. Nonetheless I agree with several of the profiles’ anti-YouTube premises: Education-by-algorithm is a bad idea; Silicon Valley has monetized amoral slippery slopes in all kinds of arenas (with pedophilia being the latest grim example); and the stew of racism and conspiracy theory at the far-right edges of social media is an example of where one such slope can lead.

That said, the profiles are rich enough to illustrate a complexity that can’t just be reduced to algorithms run amok. When it comes to explaining the phenomenon of right-wing populism, liberals are likely to argue both that the populist era has exposed a darkness always present at the heart of conservative politics and that a toxic, post-truth new-media ecosystem has greased the skids for President Trump, Brexit and the rest. In the case of white-identitarian media personalities popular on YouTube, the two arguments converge.

But in the profiles you can also see clear illustrations of two arguments that a certain kind of conservative — the kind who locate their politics somewhere between the Trumpians and the Resistance — is likely to offer in response to liberalism’s explanations. First, that populism is a reaction to the breakdown of community outside the liberal metropole, a breakdown that the fiscally conservative-socially liberal “centrism” of our leaders has worsened or left unaddressed. And second, that far-right personalities attract people by offering an escape from the airlessness of liberalism, a chance to rebel against its cultural hegemony and increasing ideological conformism.

Caleb Cain, Roose’s subject, illustrates the first argument, to the extent that he seems like a character from the pages of Charles Murray’s “Coming Apart” or Tim Carney’s “Alienated America” or J.D. Vance’s “Hillbilly Elegy,” to cite just the most prominent right-leaning authors who have written about lower-middle-class decay:

The internet was an escape. Mr. Cain grew up in postindustrial Appalachia and was raised by his conservative Christian grandparents. He was smart, but shy and socially awkward, and he carved out an identity during high school as a countercultural punk. He went to community college, but dropped out after three semesters.

Broke and depressed, he resolved to get his act together. He began looking for help in the same place he looked for everything: YouTube.

In other words, a story about the internet is also a story about the attenuation of non-online forms of community, about fatherlessness and family breakdown, about the travails of the “some college” demographic, about the social crisis of coal country and the Rust Belt. And it’s therefore an example of why attempts to wall off explanations for populism into mutually exclusive “economic anxiety” and “racism” categories are so futile: There is an integrated relationship between socioeconomic conditions in downscale America and the appeal of redpilled YouTube, between changing personal and material conditions and the appeal of virtual white-identitarian “community.”

There is also an integrated relationship between how elite liberalism has evolved and the kind of reactions it provokes. Here is the opening act, from the Washingtonian profile, of the suburban-D.C. episode that sent its 13-year-old subject into the online wilds in search of support and solidarity:

One morning during first period, a male friend of Sam’s mentioned a meme whose suggestive name was an inside joke between the two of them. Sam laughed. A girl at the table overheard their private conversation, misconstrued it as a sexual reference, and reported it as sexual harassment. Sam’s guidance counselor pulled him out of his next class and accused him of “breaking the law.” Before long, he was in the office of a male administrator who informed him that the exchange was “illegal,” hinted that the police were coming, and delivered him into the custody of the school’s resource officer. At the administrator’s instruction, that man ushered Sam into an empty room, handed him a blank sheet of paper, and instructed him to write a “statement of guilt.”

No one called me as this unfolded, even though Sam cried for about six hours straight as staff members parked him in vacant offices to keep him away from other students. When he stepped off the bus that afternoon and I asked why his eyes were so swollen, he informed me that he would probably be suspended, but possibly also expelled and arrested.

… In an out-of-body moment, I imagined that this very episode would be cited by some future cultural critic on the limits of liberalism …

And yes, perhaps too predictably, here I am citing it — as a particularly vivid example, from inside the D.C. bubble, of how progressivism fosters alienation and potential rebellion long before any sinister Silicon Valley algorithms get involved. And, going further, as an example of how the alt-right’s promise of “secret knowledge” about gender, race and sexuality finds a ready audience among young people primed by aspects of their own progressive education to suspect that the system is enforcing ideology rather than imparting truth.

Which, let me stress again, doesn’t mean that the far-right YouTubers are actually good or the algorithms actually benign. Nor does it mean that conservatives reacting to liberal critiques of YouTube should automatically leap to the defense of either — on the assumption that as goes the YouTube success of Stefan Molyneux, so goes the non-racist right.

Yes, it’s understandable for conservatives to worry that if Silicon Valley censors the likes of Molyneux, it will end up censoring them. It’s sensible for them to join parts in the left in worrying about the concentrated power over information that the stewards of social-media platforms enjoy. And it’s necessary for them to recognize that the influence of redpillers and white-identitarians reflects their own failure, across the decades of movement-conservative institution building, to create something that seems more compelling to fugitives from liberalism than the Spirit of the Reddit Thread.

With all that said, though, a humane conservatism should still be able to thrive in a world where white nationalists have trouble monetizing their extremism, in which YouTube algorithms are built to maximize something other than addiction. And the endpoint of both the Times and Washingtonian profiles, in which personal contact with real-life alt-righters and counterarguments from online left-wingers suffice to pull the main characters away from the far right, suggests that the current Very Online alternative to liberalism is not necessarily built to last.

But if conservatives would be unwise to commit themselves to the defense of some inalienable right to sell crackpottery on YouTube, liberals would be equally unwise to focus so intently on the algorithm, and to pour so much energy into pressuring Silicon Valley to build a better, more progressive way of steering their readers through the information sea.

Whatever role the structure of the internet plays in radicalization, the root causes are still primarily sociological and political, and they will perdure and manifest themselves somewhere, somehow, no matter what YouTube suggests for your next video when you watch a Milton Friedman lecture.

Moreover, there is no better example of the technocratic spirit’s moral idiocy than the idea that, with a social crisis in the hinterland and ideological calcification at the heart of educated power, what we need is a better algorithm to prevent people — young men, especially — from getting too restless or rebellious or extreme.

The healing of the body politic will not be accomplished with such fiddling. There may be left-wing or liberal solutions to our deeper problems. But an elite that tries to manage them away with more enlightened media curation deserves to inherit nothing but the wind.

Ross Douthat has been an Opinion columnist for The Times since 2009. He is the author of several books, most recently, “To Change the Church: Pope Francis and the Future of Catholicism.”